A construction contract for the new “picture show building” was awarded to C.C. Cardwell and Mike Toliver of Marble Falls. The walls were constructed with red granite from Granite Mountain (the same used in the State Capital and Galveston sea wall.)

“…this modern theatre…will be one of the prettiest theatres to be found in Texas in a town the size of Bertram, or even larger.”
– Bertram Enterprise, July 1935

With out a formal name, the “New Theatre” opened to a packed house on August 20, 1935. The opening night staff included Reed Davidson, Wilson Heusser, Leta May Stewart, Florine Williams, and Ben Goode, Jr. as the projectionist. On October 23, 1935, a contest price of $25 was given to Roy Dycus for suggesting a more permanent name… The Globe Theatre.

As new owners came and went, the Globe continued to play movies until it’s last showing in the early 1980’s. It lay dormant until 2009 when purchased by current owners Hamilton and Regier.
Through a long 6 year restoration process, the Globe reopened in the fall of 2015. A formal Grand (re)Opening Gala was held on February 27, 2016 with two sold-out live music performances. 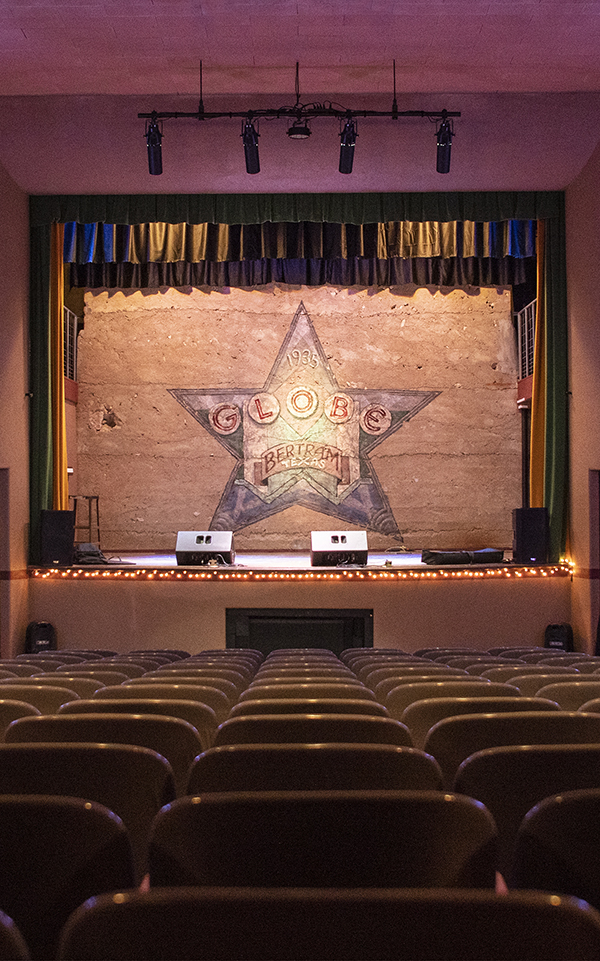 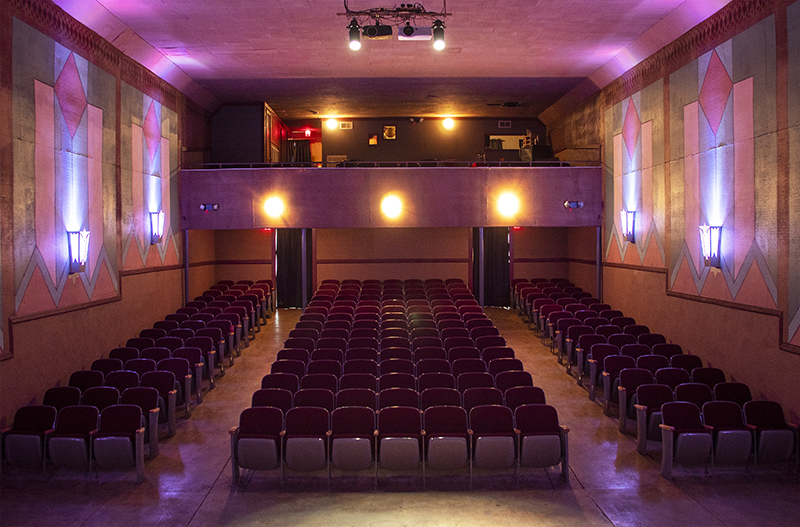 Please visit our FAQ section. You may find your answers there prior to sending an email. Thank you.